Got all the parts for Muckoid molded! 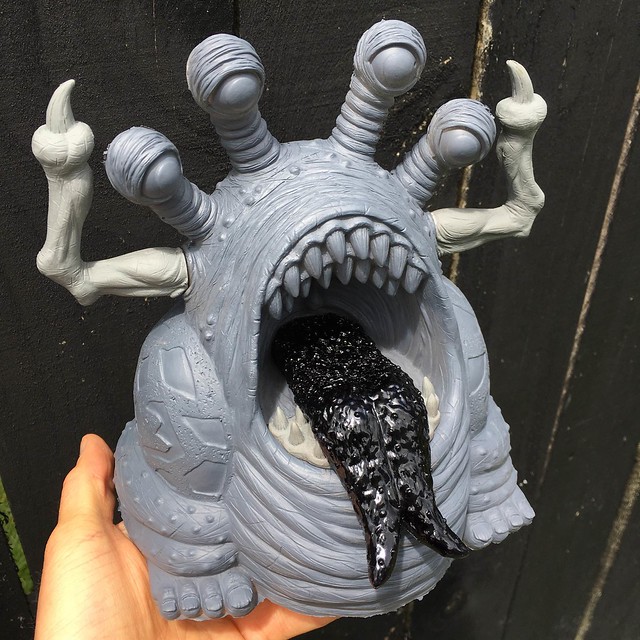 Holy god that is awesome!

I'm excited as heck, personally. Unlike most people here I actually do like fully painted figures the most but I'd enjoy monocolors too. Heck, I'd enjoy stickers or enamel pins or literally any possible piece of merchandise based on some of the TBB monsters/villains.

Muckoid and Liceplant were my series one favorites, while every single new design from the second series was fantastic.

I had a good laugh at the time you posted this, it was like you knew exaclty what I was planing!

Here are my enamel pin designs! 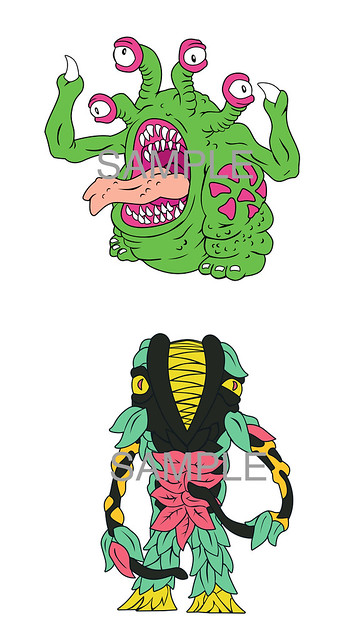 Love the style, they almost have a 90's Nickelodeon cartoon feel to them this way. Who are you going through? I've had 7 successful pin kickstarters in the past months with the help of pingamestrong, though that's about $250 final cost per 100 pins

I'm buds with the guys at Yesterday's, and they're handling this aspect for me.  The pins are a cool bonus and a way of generating extra money to put directly into toy production.  It think I noted somewhere that my kickstarter goal doesn't actually cover production costs, so I'm offering alternate colorways and extras to hopefully help fill that gap.  If I can unlock and sell Skuzbeast toys, at that point I will be looking at getting close to covering costs! 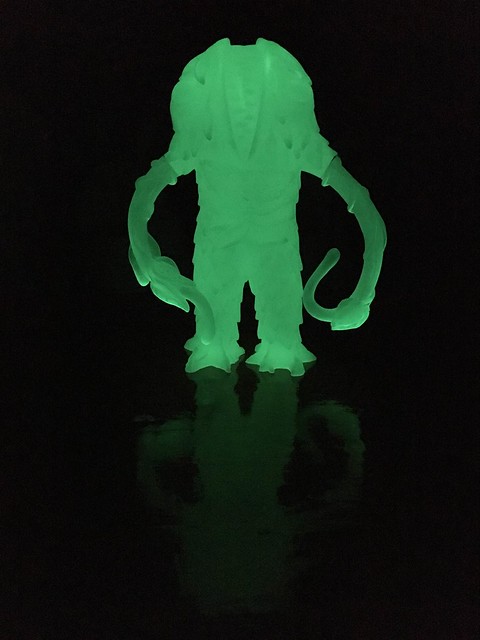 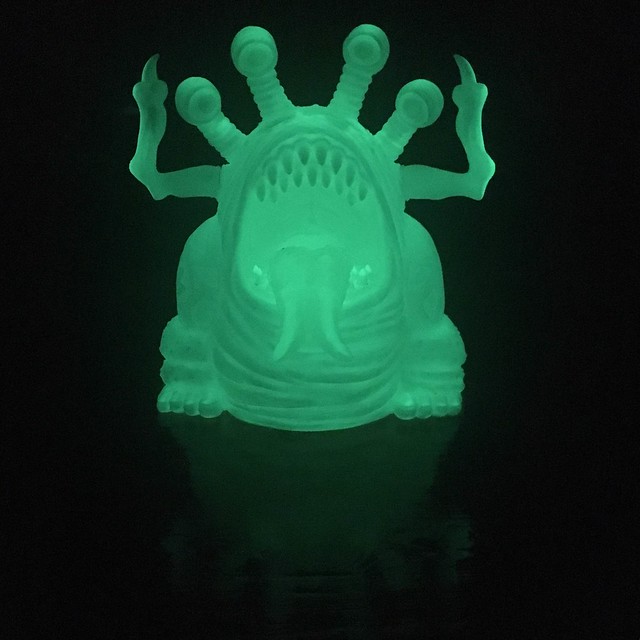 Will glow figures be available with paint apps? They'd look amazing in full detail with the glow shining through as their flesh and leaves!

My bud who collects GiTD stuff is going to lose his shit over these glow figs!

I'm going to offer blank glow on the kickstarter as an open run, and will do some smaller runs with painted details later...or maybe on the kickstarter.  But I don't want there to be too many options on KS, but I also want people to be able to get what they want!  I'll see... 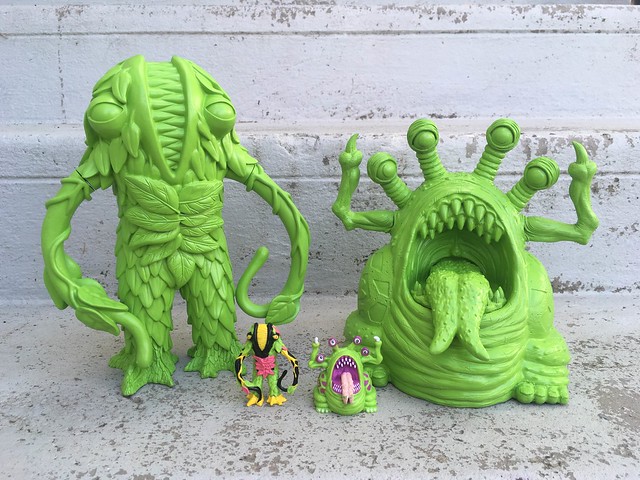 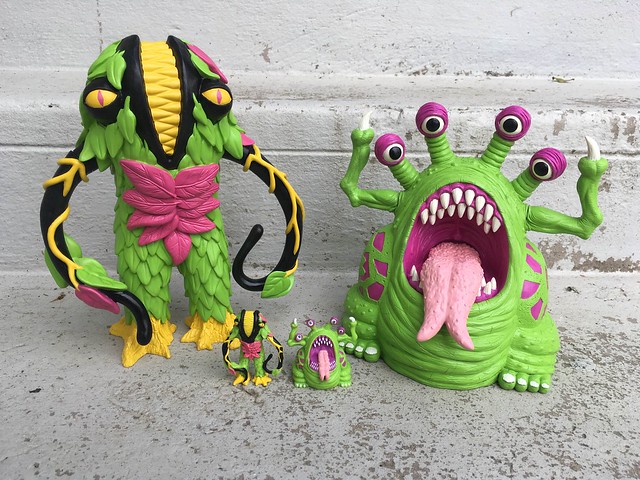 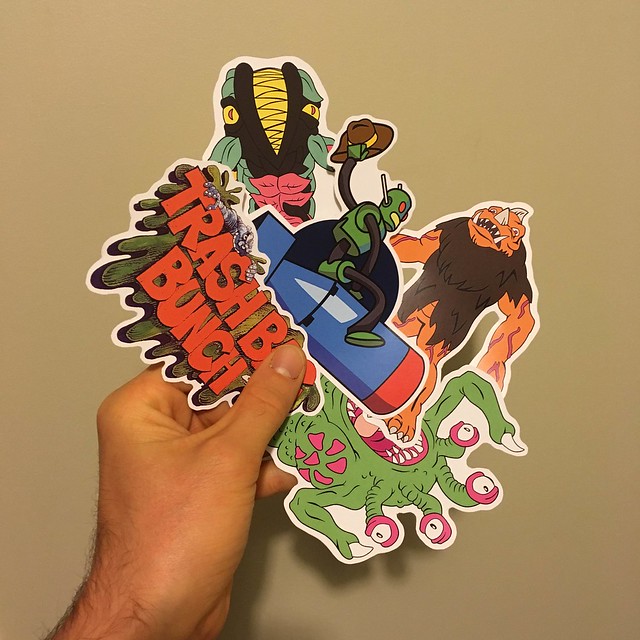 Congrats on the launch and how well this is doing! It's like a dream come true for me that this project even exists.

....But, I suspected I'd never be able to afford one of these and they're in fact higher than my worst-case suspicion by over 30 bucks :[

Any chance the recasts of series 2 might some day be available individually, maybe on a future kickstarter?

I suppose I could offer them individually at some point to help those who just have a couple holes to fill, but not right now, I've just got so much on my plate at the moment!

I'm also just not a completionist so I'm super happy with just select favorites and oftentimes just pick one thing out of a whole toy line. I have an original Scum Slug I paid $40 for but I'd do the same for a Filet O' Filth!

At the rate this is getting funded already it seems like there's a good chance of success.

I have a couple friends (who don't really collect toys) that I am trying to get interested in TBB.
It's odd, I don't really have any real-world friends who share my hobbies.
All my toy friends are online, and seem to already know about it.

I have over 17k tumblr followers and almost all of them are big nerds who appreciate this stuff.....though the vast, vast majority are as broke or broker than I am, so at most, they'll probably only be able to get pins or stickers.

It all helps guys, so thanks!

I'm hoping people jump on board regardless of the license.  Part of the reason I started with Liceplant and Muckoid is because I imagine they would have the best chance of pulling in people as general interest monster toys, regardless of the history.

It all helps guys, so thanks!

I'm hoping people jump on board regardless of the license.  Part of the reason I started with Liceplant and Muckoid is because I imagine they would have the best chance of pulling in people as general interest monster toys, regardless of the history.

I think you chose well, since they really feel at home amongst other sofubi.
And Skuzzbeast is a great stretch goal too.

Hopefully activity on the kickstarter does pick up, because just about every new sculpts from series 2 look like they were designed specifically for the Sofubi treatment.

Another question - will the kickstarter tiers also be the final prices for the figures when/if you have a supply for sale post-production? Or are the kickstarter prices a sort of preorder discount? Are the pins and stickers factored into that or are they considered freebies for those higher tiers?

Pins, stickers etc are basically freebies once you get into the tiers with toys involved.  The XL toys won't be cheaper later.  I can't say for sure whether or not they are at final prices now,  there's a little guesswork in there as far as shipping goes--and that guesswork is in favor of anyone backing the campaign.

And to that end, I'm kind of shocked only one of the Early Bird Whole Shebang sets is gone!  I debated even doing that because I'm eating so much cost on those--even on the regular priced Whole Shebangs my margains aren't great, but it's my goal to move product.

ALSO--small correction on some earlier posts.  These will most likely (not 100% sure yet) be roto-vinyl, not technically sofubi (a chemical difference and different type of casting process some purists are very picky about).  I think it's the right approach for these toys given the audience, pricepoint and also since they are mostly going to be painted in a particular way, however they are also available as a blank platform to go to town on with your own paints, much in the sofubi tradition.  Just want that on the record.  If that sounds like mumbo-jumbo to you, then it won't even matter--they're VINYL TOYS as far as the public at large is concerned and to those who don't care or recognize the difference.

I have some other toys in the works that will be chemically 'sofubi' vinyl.

Oh I didn't expect them to be cheaper later,I was more worried they might go way way up. There's a slim chance I can afford one if I sell some things, and maybe it'll pan out in time for the kickstarter