7 replies to this topic

I saw the thread on the MUSCLE board ( http://www.littlerub...howtopic=267950 ) but for those of you who don't check all the boards, the Imaginext Series 11 blind bags will have figures that give tribute to Battle Beasts and MUSCLEs: 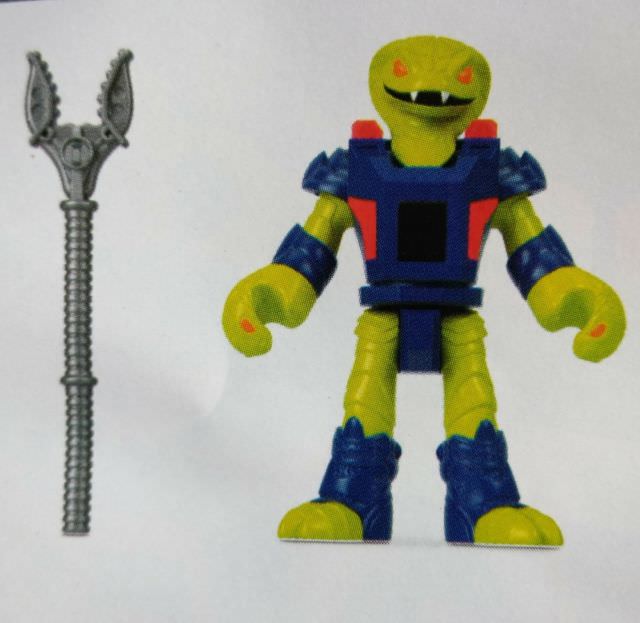 These are already popping up on ebay not sure when they will have a store release if not already.

Wow, that's cool! I've never heard of these things before, but it's amazing that our little Battle Beasts have been popping up in so many strange places!

I´ve been hunting for some Snakes and it´s indeed damn hard to find them it doesn´t even seem to be State/Shop related because it seems to be, to the outer world, a complete random distribution. Luckily I had some help from a fellow member to grab a few but I´d also someone else looking in another State who went to 4 different stores in a wider radius without any luck.

Obviously I´m not well informed about this Imaginext Series but so far the stories I´ve found show that collecting them is really a pain in the #ss since some shops seem to have certain parts of the Series and than there´s a complete gap of several series until another one shows up. So it´s not even said that those shops who had Series 10, which most likely is still on the shelves based on what I´ve understood, will get Series 11 as a follow up...

other LRG topic about them but also there the general consensus is pure chaos/randomness when it comes to the release, let´s hope it´ll get better/easier to find them!

Beastformers, good to hear you had help finding them!

For some reason, they're not even on the regular Fisher Price / Imaginext website (yet). Yes, hopefully they get easier to find, I have a feeling they will.

The Targets around here don't have it in their systems yet but I'll give it another month or so before I begin to get impatient and go looking for alternative methods.

I went to maybe 6 or 7 Walmarts around Phoenix before finding Series 11 at one store that I rarely visit behind several other big cases of older series.  (I also just found more series 6 at a grocery store last night.)    I'm also barely seeing any of series 10 around here - one or two stores had them.  There's plenty of 7-9 around.  I guess what I'm saying is if you want the awesomeness that is series 11, gas up the car and start driving around.

It was worth it.  I hope they make more of these and maybe get some other lines like MIMP referenced in there - if they're willing to tap a Hasbro property, why stop there?

Went and checked my local shopping places, no one had anything above a series 5 in stock; so those have obviously been sitting a while. I'll have to hunt this guy down online or something.