The new Diamond Previews (January 2012) has a new batch of little rubber guys called S.L.U.G. Zombies. From the illustration, they seem to be unpainted and are sold in 3- and 12-packs. I see a Pharaoh, a guy crawling out of some ooze, and a mailman, I guess. I'll snap a pic shortly if someone doesn't beat me to the punch.

Names include "King Guts," "Piece Mail Pete," "Bite Tyson," and "John B. Gone." I'm thrilled to see a major player like Jakks pushing for this kind of product... not a big fan of zombie stuff myself but hey, if it inspires more of this, fantastic. From the image, they're all one-colored green figures so I would assume they might glow in the dark. The mockup packaging indicates "Series 1", too. Due to it being in Previews it's a safe bet it'll be in the USA and elsewhere.

quick check and found this...

SLUGS ZOMBIE FIGURE 3-PK ASST
The S.L.U.G. Zombies (Scary Little Ugly Guys) are on the move with these new toys from Jakks Pacific! The S.L.U.G. Zombie Figure 3-Packs will get you started with 3 of the decaying, shambling figures that skewer pop-culture icons! Choose from packs that include King Guts/Decayin' Dom/Piece Mail, Grave Lincoln/Jon B. Gone/Headless Halpert, Neil Armgone/Braineatin' Brendon/Officer Rip, or The Gorroding Kid/Rigamortis Lourdes/Bite Tyson.

Cool!
I can't get enough of tiny mono-colored zombies..

edit:
Diamond Toychest has a bit of information about the 12-pack, it's going to be shaped like a tombstone! 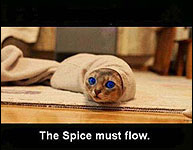 Woohoo, haha. Cant wait to see the actual figs. Thanks for posting this! OK, I got more info from work (Entertainment Earth) and we're posting these today. (No pics, but character names and the like.) Looks like there will be at least 6 waves of 3-packs this year, plus the 12-packs, and an assortment of carry cases.

Man everyone seems to be jumping on the 80's mini figure bandwagon lately.

Man everyone seems to be jumping on the 80's mini figure bandwagon lately.

So I've been doing random searches every now and then since this thread sprang up to see if any news pops up. Well looks like Jakks finally made a teaser site. You can see designs for about 20 of the 100 figures. Wonder if they mean 100 sculpts or same sculpts in different colors? Anyway here's the site.

These do look promising. Cant wait to see final product. I hope that it is 100 different sculpts.

this looks very promising. is it going to be for sale in stores, or online only? i crave a line we can stroll into a store and plunk down some bucks and walk out toys in hand

this line is looking better and better

this line is looking better and better

Agreed. I will definitely be purchasing some of these undead figures.

will these be available at Toys R Us? I want some! mini-figures are in now. I'm glad.

these are listed on toys r us website, but i do hope they show up in other retailers also.......walmart, target, kmart, blah blah blah

here is a nice big pic of some zombies
http://cdn.thetoyspy...kks-pacific.jpg

Whoever sees these in stores first, you've gotta get us a heads up and pics with M.U.S.C.L.E.S with the quickness.

Whoever sees these in stores first, you've gotta get us a heads up and pics with M.U.S.C.L.E.S with the quickness.

It says on the TRU site, "in stores" which they have when it's in stock...so TRU might be a good stop tomorrow

I'm in Columbus, and so far, no dice. I am curious as to which regions these will show up in first.

Pretty cool sculpts, I like'em!
At toyfair they have them on display, and there is a flesh color too.