9 replies to this topic

I have received this Winning Cards today. I wonder if someone here know more about them.

I'm not sure that the one with the bird info at back is a legit one. The back is all glitter but the information sheet has been taped against.

Interesting, it looks like they might´ve been part of a promotion/tournament campaign or something because they´re supposed to receive stamps on the back it seems. It´d not make sense if they´d be included in the packaging with just a random number of stamps applied already imho.

Do you have any more background info on these?

As for the right one with the bird ID Card attached to it that´s definitely been adjusted and like FANtomCore probably tried to mention it´s indeed looking like it´s been extracted from the Gachapon pamphlet since that´s the only way how the information of the White Hawk was released.

At the moment I´m leaning towards the idea that these might´ve been a promo card that´s given out during the Saikyo events which were used to promote the BS line, this is also were some of the unpainted BS figures were obtained. Or there was a tournament promotion idea a bit later when there were more figures around and you could Battle against opponents in stores or something. The stamp idea on the back for me gives away that it´s had something to do with a promotion in some way.

Might be good to have it translated at some point to extract more info if we won´t get any further.

You are right. I have found this japanese blog http://irurei.blog97...53.html?m2=form

The card was used during promotion in shops. There was promo cards or unpainted figures. But to get them you had to win enough matches. If I understand correctly you had 1 stamp per victory. And you had to complete the card during the same event.

I will receive shortly a full event set. I will post pics of it then.

Cool, looking forward to see what you´ll get.

ps. Are you checking your PM´s?

Pleas have a look when you´ve the time

There is the items I received. The fun item is the stamp inker machine used on the winning cards. 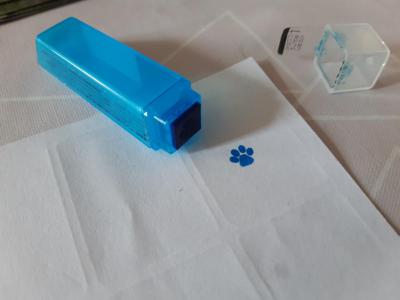 Looks like you´ve got a (partial) promo lot there.

Tried opening the first shot in big screen but for some reason it´s not working, might be my own or a temporary issue but I haven´t been able to check in more detail because of that. Might be worth checking out the figures shown whether they might be some early (unreleased) versions as well perhaps...

The stamp is pretty neat, it´s the full story you have there.

I can't enlarge the first pic either. Tells me that I do not have permission to view the attachment.

I have no more information about it. It seems that the lucky box was used to let winner get a randomly unpainted promo figures.

The figures are regular ones from starter set like the 3 arenas. All arenas have been opened and used. Only 1 starter is still sealed. The bagged figures are the unpainted promo ones like we already have seen before.

There is laminated playmat too. The same as the ones in the arena.