12 replies to this topic

I know that some of you liked the Battle Beasts minimates, some of you didnt. For those of you that did, DST is getting at least two new figures released this spring. Series 1 got a full release. Series 2 was proposed, but pre-orders were too low to enter production. While I liked series 1, there were some designs that pushed the minimate design elements perhaps a bit too far, which caused problems for some people. I actually liked the series 2 designs much more. They lined up a little more with what I wanted from a battle beast/animal warrior line. Of the series 2 designs, the Giraffe and the Hammerhead Shark were two of my favorites.

Anyways, DST is releasing a series of minimates based off of independent comic lines (including Hack/Slash, Ninjak, Chew and a couple of other comic lines that I am not too familiar with), but they are also including one new 2-pack of Battle Beasts that includes the shark and the giraffe. If you are interested, you can read more here: 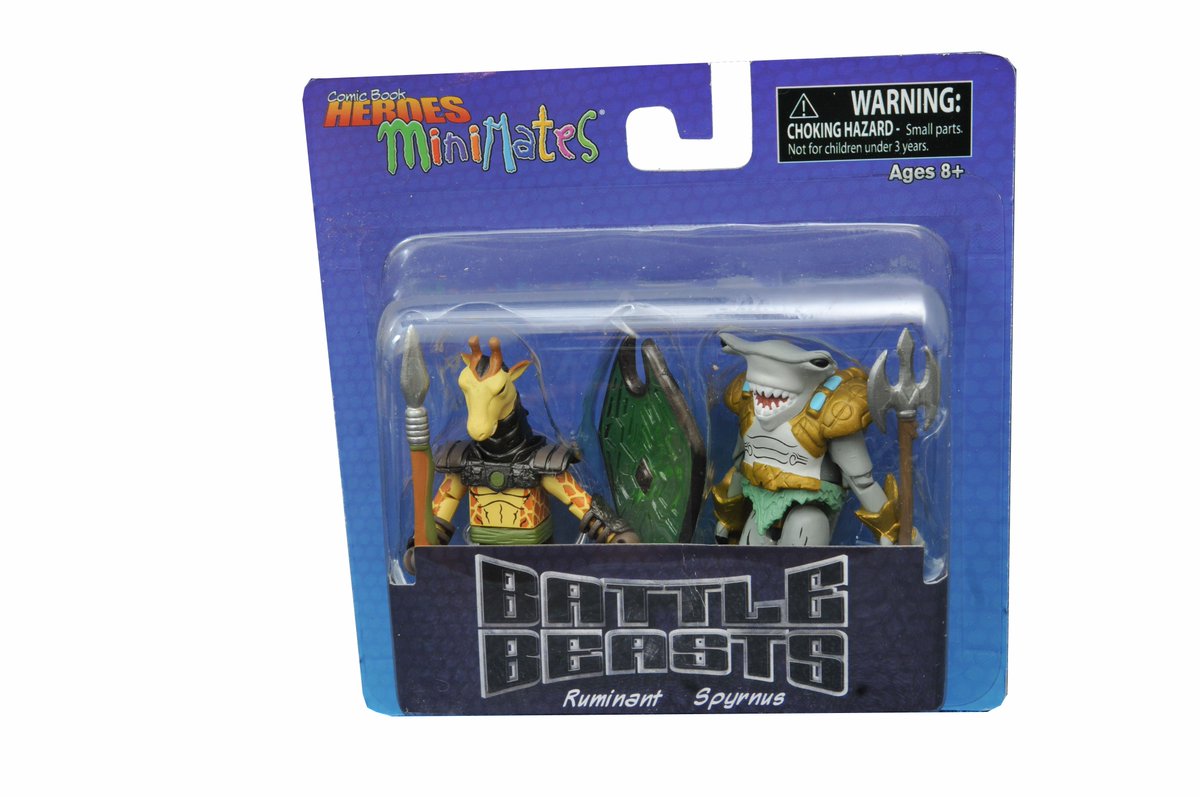 I think they're awful figures.

But I gotta own that shark!

For those interested, Toyark posted some in hand photos of the new Indy Comic minimates, including our two new battle beast minimates. Check them out: How do I get my hands on that shark?

That is a nice shark.

I just bought those at Toys R Us, I'm not a fan of the Minimates toys in general, but I like these, the shark is really cool

I just bought those at Toys R Us, I'm not a fan of the Minimates toys in general, but I like these, the shark is really cool

I wonder if my TRU will ever get these??

I really want that shark, but don't want to pay shipping on these things!

I would hope that every Toys R Us would have these figures. Did you ask an employee if they had them?

I also looked at Walmart and Target but didn't see any at those places.

I hope you can find them soon!

I looked yesterday at TRU and nothing.  The "indy comics" banner usually means just that -- they are branded for independent comics stores.  Even with the Marvel Minimates, TRU gets one set and the comics shops get another.  Wal-Mart and Target do not eff with Minimates.

Does anyone remember yeas ago, Diamond Select revealing prototypes to bigger beefier premium Battle Beast figures? They showed some amazing sculpts at toy fair or comic con. Got me excited until I saw they released them in Minimate format. What a shame.

I want that rhino dude.

How about that Octo? I'd'da bought the shit out of those.