Hi There all, I think its the right time, to announce, The Prince Of Planet Kinniku  To return, its been sometime I know, but it takes many years  to built it back up from the ground. As it has There has Been Many changes to the story, and  Many Characters  and elements have  been taken out., reworked. if you looked at it now from it first started, it would look like a difference Project.  so Its taken many years  it bring it back to Full Power,  And its still no even there. I wanted to Keep the KEY parts of the story cos they worked well. I looked forward to working on this and displaying it here.

But here is an Over View of the Plot

Its been many years snice KIng Mantaro brought pace to the galaxy. he then settled down and had a son, with the head of the Jacqueline Muscle,  Joining the Justice federation and the Crown of Planet Kinniku together. Something  Harabote Muscle did not like at all.  he clamed Mantaro  and the Kinniku family were after the power.

"Its a Power grab I tell ya, a Power Grab, theres no way that fool can Marry my daughter, let a lone the head Of the Justice federation"

And Ikemen Muscle is nowere to be seen. As he was caught skimming the Justice federation   funds and putting them in to his own account.

But all was not well as  some how guy  found his way in to an old ship, and somehow got it working and the ship flew off. They all looked for him for Many years but sadly never found him. Guy somehow landed on earth. And  he was found by a young couple  who took him as there own.

Many years have passed but its now time for Guy to discover his Fate.

This is KInnikuman 3 The Ultimate Muscle

More Updates will come thank you for stopping by

And heres some artwork of guy, Thanks to
WadeVezecha

Well good News I've got The Project, a Character Designer, sooo hopefully, soon I'll have some stuff up,  Of course It needs Lot of time and care. It Can't be rushed. so I'm just In talks with the Designer

its nice to see after so Many years, this Thing coming together, The plot's Woking nicely. the characters  are coming to Life.

The man With Ultimate DNA. 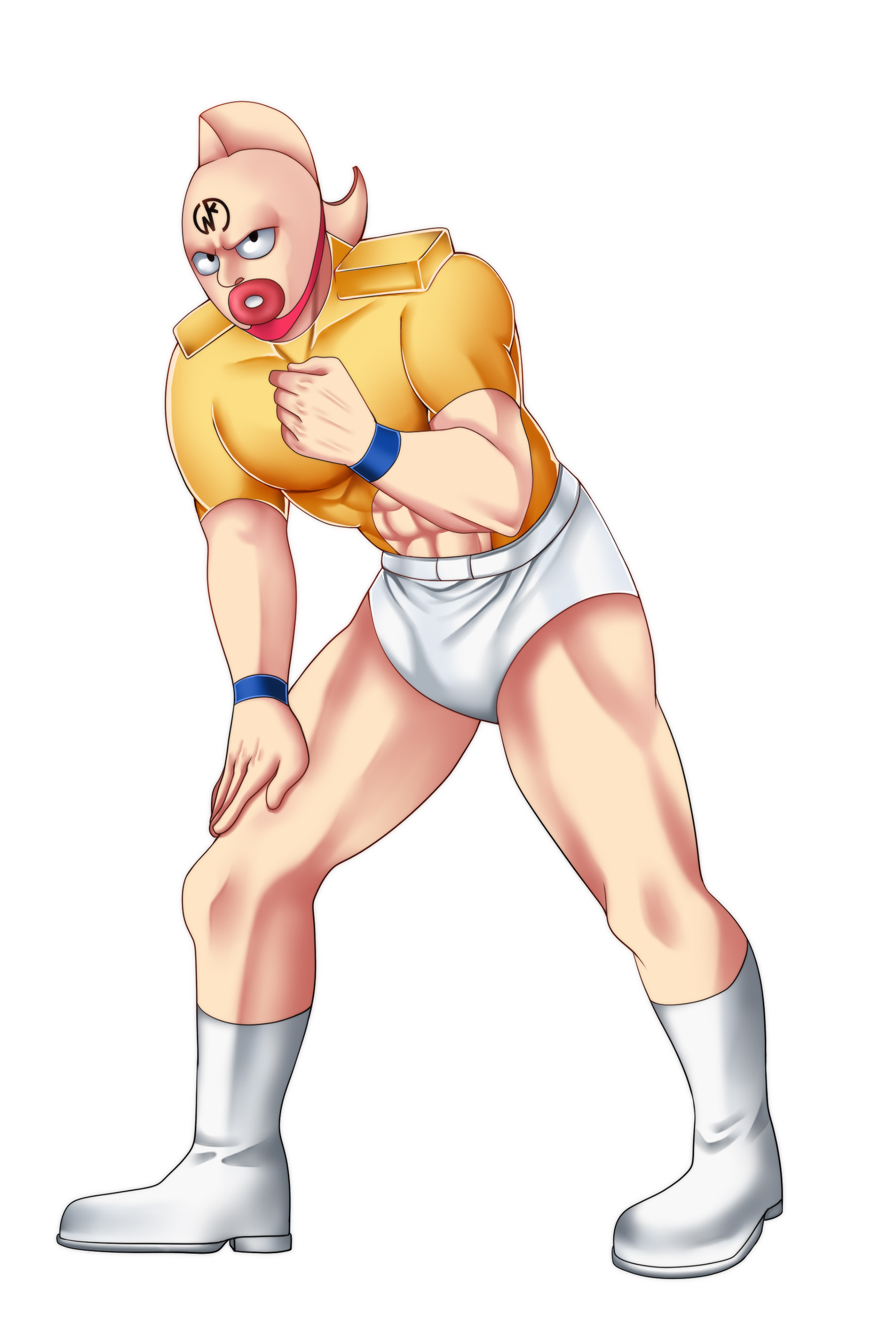 awesome artwork bro and man has it been ages since I logged in on here.... lol


Kid Muscle: No Way It Can't Be Is That You Dad? I Thought For Sure I'd Be Matched Up With Some Big Time Legend Like Warsman or Neptuneman I Can't Fight You Dad!

King Muscle: I'll Have You Know I've Beaten Both Warsman And Neptuneman But That Was Back When My Stomach Didnt Resemble A Taffy Pool!

SilverMillenuumFalcon.com The Realm For All Things Geek! Join Us Today!
Back to Fan Fiction